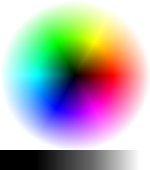 Photos of the Pasha Bulker coal ship that ran aground off the coast of Newcastle Australia.

The Pasha Bulker made an unscheduled stop ON Nobby's Beach in Newcastle yesterday. Despite the regions worst weather in 34 years, I was one of about 1000 people taking photos in the rain. Traffic in the area was crazy with everyone coming to see Newcastle's most popular tourist sight.

Dawn over the stricken Pasha Bulker.

Pasha Bulker aground on a city beach.

No room to manouvre

Night photo of Pasha Bulker sitting on Nobbies Beach after running aground yesterday.
Nobbies Lighthouse to the left.

Thousands of people streamed to the foreshore for the sight.. Can't blame them.. Nobbies lighthouse on the left.

Earlier today, at about 8:30 I spotted the Pasha trying to get away from the Newcastle beach from my kitchen window (http://www.flickr.com/photos/antwelm/535360404/). Then I heard on the news that she's run aground. off Nobbies, so I went to have a look. When these photos were taken, the tug had given up and the 21 crew were being airlifted of the deck onto shore with the help of two Westpack Helicopters. Both the choppers and the poor guys getting winched did not have a nice time for sure, with waves continuisly crashing over..

Night-time after beaching yesterday. She's now completely on the beach, but the wind has died down quite a bit..

A glimpse of sun in three days.

Just to prove where it was, and there was an amazing life saving service by some very brave people.

First news photos of ship aground

Pasha Bulker
76,600 DWT, Bulk Carrier, Built 2006
A major emergency is underway in Newcastle with a bulk carrier ship breaking its mooring and running aground 50 metres off Nobbys beach.